Today we left a sunny Edmonton and soon entered a wet and cold Edson and Hinton. However by the time we got to Jasper the weather had cleared a bit. But it was still about 6 degrees and a tad windy.

Anyway, the journey here was relatively benign - I stopped off at a large viaduct near hwy 757 in the off chance something would pass over, and instead of setting up the video camera I trotted off to take a photo of a beaver dam - next minute a train trundles over the viaduct. Somebody kick me.

A quick brunch at Niton Junction (no food between here and Edmonton) followed by lunch at Hinton. Edson was cold and wet and nothing was to be found.

The skies were overcast for the entire trip and deflated a journey that should have been full of cool mountain scenery.

Entering Jasper National Park I was asked to pay $39.40 for a Parks Fee which took me by surprise.

The only wildlife we saw were mountain goat - two were on the road and the male with his big spikey horns was up on the rocks looking a bit worse for wear.

Once at Jasper we encountered and failed to photograph a stack train - it was going way too fast - I was pacing it out of town at about 85 km/hr. Upon our return to Jasper we found that the VIA passenger train The Canadian had somehow slipped past us and was sitting at the station. It didn't leave until 4pm and in that time a freight that was waiting beyond the yard limits was allowed to pass through.
We checked in, and invariably while we were doing that, two more passed through. An early dinner which was served faster than you could take your first sip of your drink. It was supposed to be Chinese but it was as authentic as a TV dinner. It tasted OK but lacked a little something. Grant was hanging for sweet n sour chicken, but got sweet n sour chicken balls..... don't ask.

We hit the carpark beside the platform again and soon it was all on. Lots of trains passing through, a train was broken in two and more switching was done. Didn't get back to the hotel until 9:30 ish due to poor light and ultra cold wind. Two video camera batteries drained flat owing to the cold.

Today I learned how to use my camera remote so I could take photos whilst recording - instead of touching the screen - results above and below. 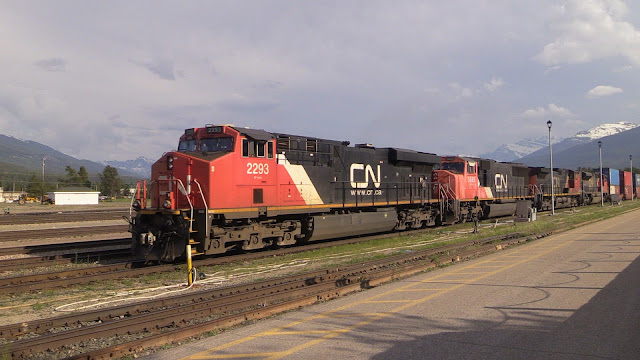 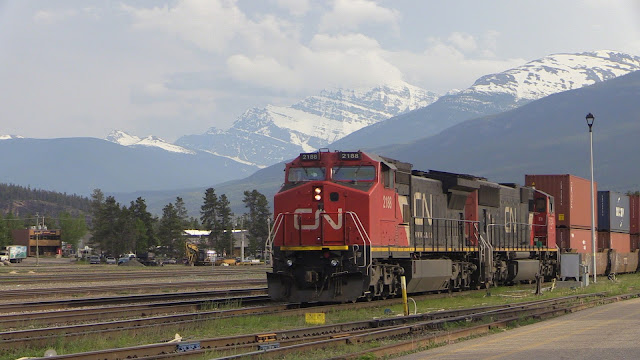 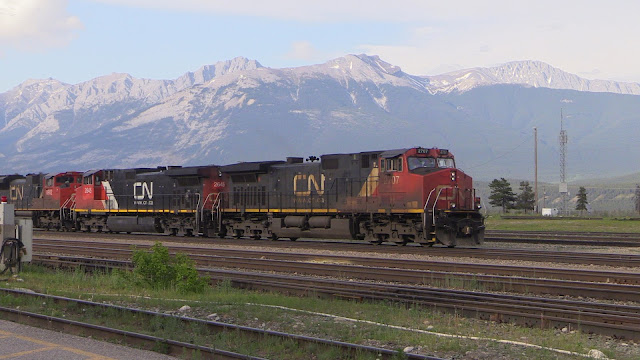 Tomorrow we're off for a wee morning drive.