Today we commenced our drive which took us fromVancouver to Hope, via Maple Ridge, Mission and Agassiz (sp).

At first I thought Sally the satnav was taking us on a wild and crazy adventure as punishment for the number of times we've abused her, but as it turned out, driving all the way down to the US border and all the way back up to the Fraser river is quicker than slugging it out through miles of 50 k driving across the city of Surrey.

We finally arrived at Maple Ridge where nothing happened, and nothing continued to happen for the entire time we were there. 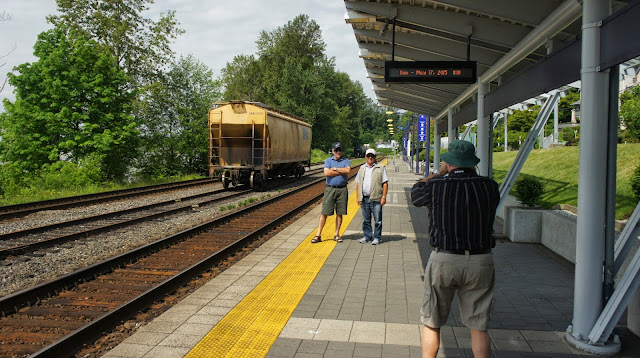 So we hauled it over to Mission where the directional running starts  - and there's another swing bridge. Just as we turned up we saw the tail end of an autorack train passing over the bridge....grrrrr.
One of the guys spotted a CP guy and found out that there was another train due in 2 minutes and after that he was going to open the bridge and then close it again to allow a tug boat to pass through.
And so iut did, and so he did and did again. Again we witnessed the operation of one of the Vancouver swing bridges in action. 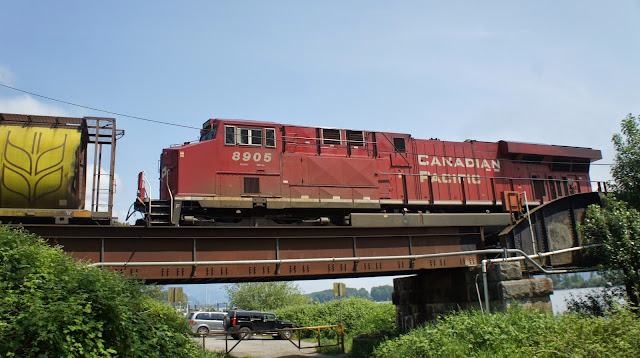 Next stop was Agassiz (sp) where we witnessed and empty CP grain train heading east. We caught up with this just before it got to hope. Seeing the multi coloured cylindrical hoppers again (the last time was in 2004) was cool. 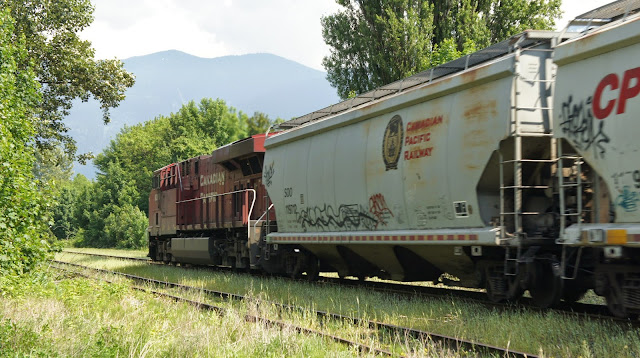 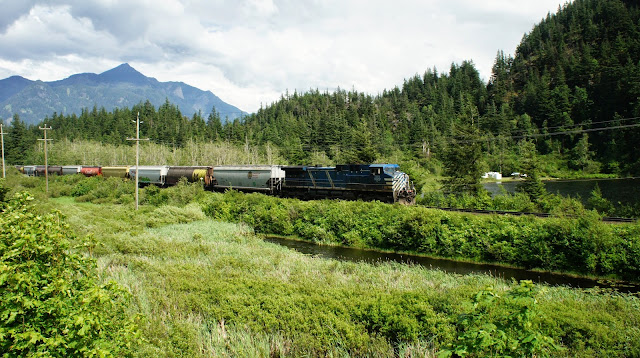 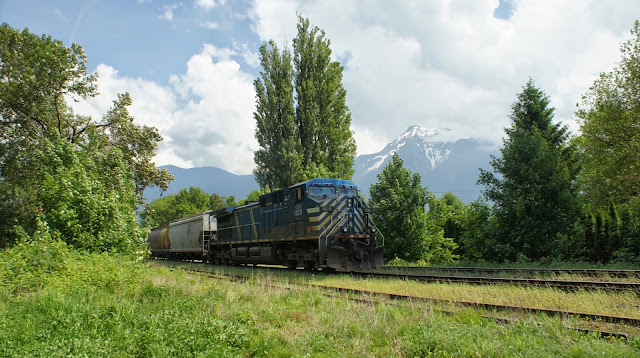 We checked in and the Hotel Manager was quite happy to verbally explain to us everything there is to do in Hope - however I was itching to get going. This is a railfan trip and they won't be waiting for us.
I took the guys to the outer reaches of Hope to Yale Road where there's a grade crossing and an old guy who owned the local aviation company. Two CN manifests raced through, all the while thunder and lightning was happening in the hills around us. As the tail end of the second train passed, rain started to fall and it got quite heavy - it was a warm spring storm. 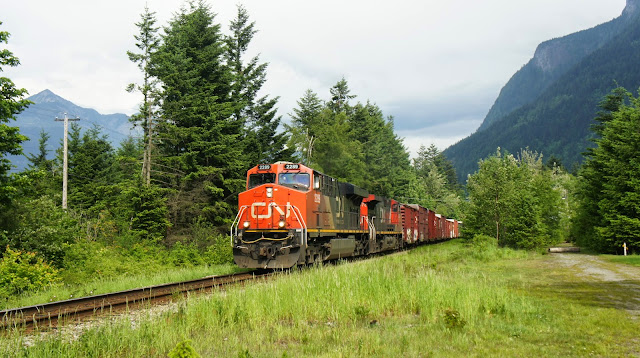 We then went to a pretty impressive steel through truss bridge where once again, nothing happened. The rain got harder so I called it quits for dinner.

The weather cleared and we were off again to a grade crossing in town where we saw the tail end of a CP train passing through...grrrrr.

We sat there for a while chatting to a CN guy who gave me some more frequencies for my scanner. A whistle blast in the distance was all it took to decide to have a go once again at the bridge...where the locos turned up just as we did.....grrrrr. I think the guys got some photos, but I missed out.

We sat and waited and by 8:45 it got too dark, so I called it quits again...nothing else turned up.

Tomorrow it's the long drive to Kamloops. Things are getting quite scenic.